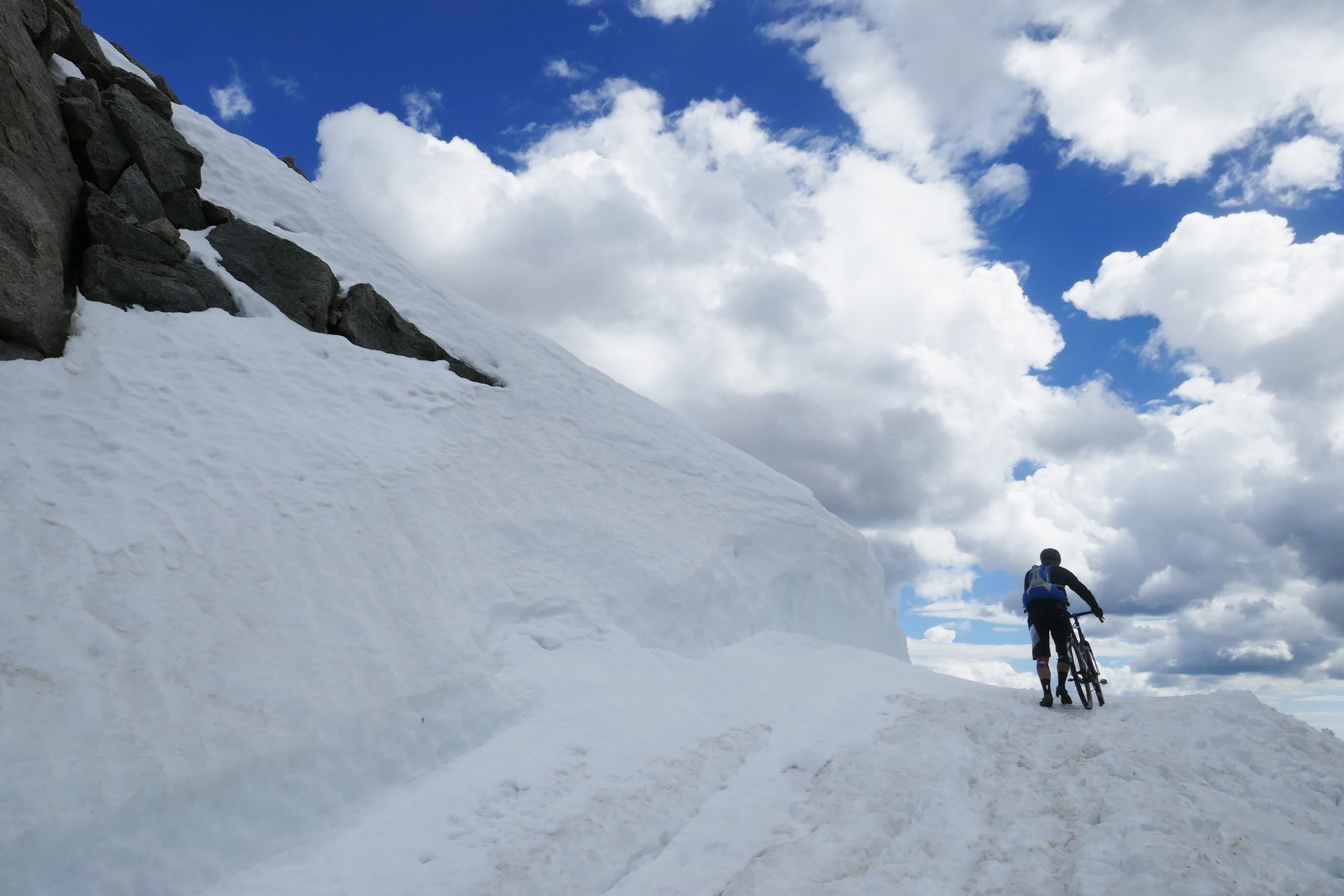 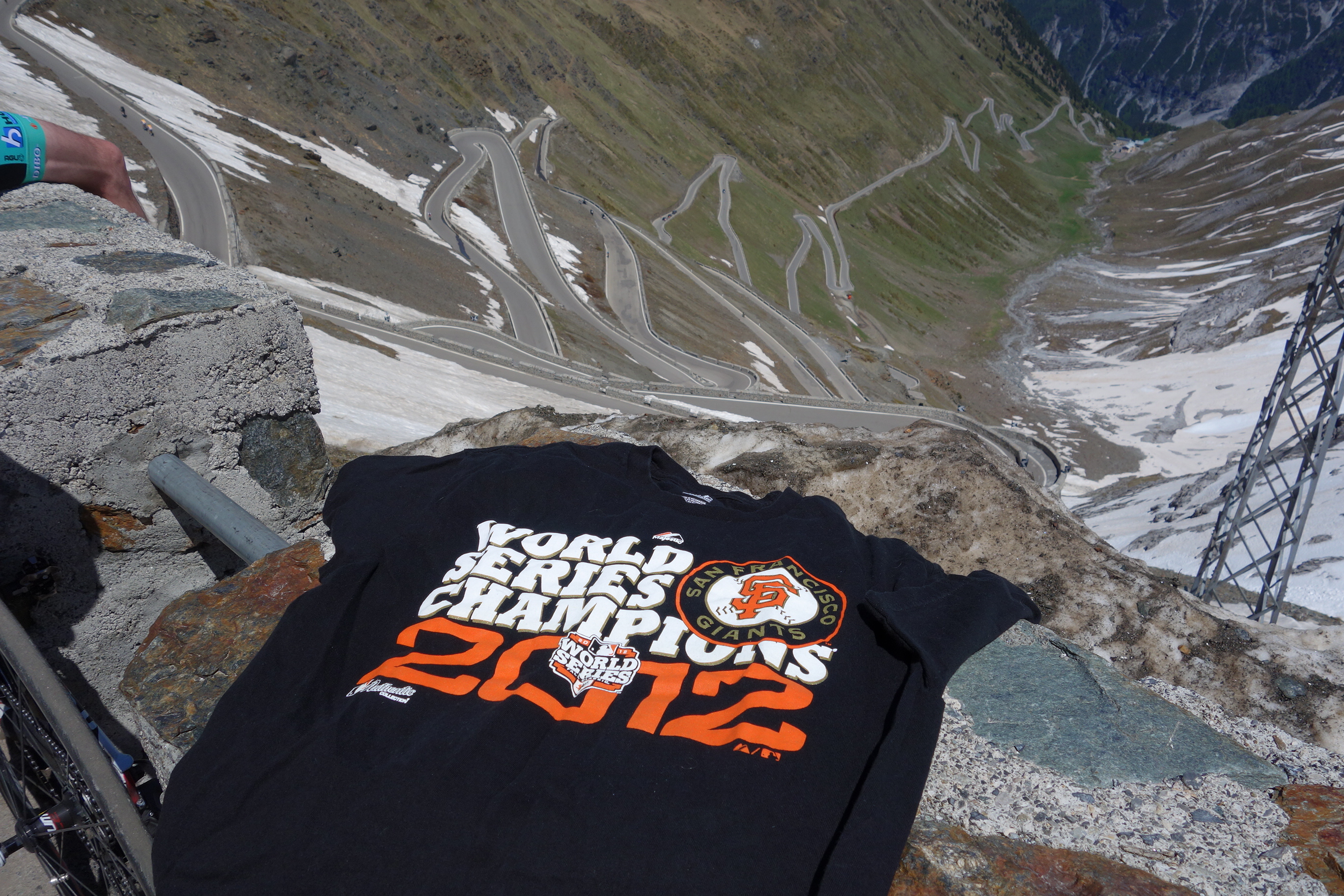 Mt. Evans is a silly place. The road goes nowhere, the surface is about as smooth as railroad ties, and the air is thinner than a tortilla. Honestly, there’s zero reason to go up there and that’s why I think it is actually special. For the most part, all the climbs in Europe connect two valleys, takes you from one country to another, or, at the very least, lets you see the other side of the mountain. Not Evans though. It’s a stupid mountain.

Each year, the socials light up with questions of “Anybody know if Evans is clear?” The safe bet is Memorial Day weekend, but wait too long, and the road gets open to cars. Go too early, and well, snowy white death. This May, folks became stir crazy. Summit County seemed so far away for so long, lit upon a map in red “DO NOT ENTER.” Still, the channels started murmuring, “Has anyone been up Evans?”

This lap was different, the volume was turned up, in an unsuspecting way. Years ago, I met a giant of a man named Stan. He was a family friend. We were all invited for a meal at Joan’s house. I went into the kitchen for a second helping when I see Stan, armed with knife and fork, cutting rather large chunks of turkey.He looks at me, complete with his heavy accent “You tell Lizer (his wife’s name was Lisa),we’ll have problems...” He was serious, his size imposing, and the whole knife-fork thing had the 20-year old me terrified. He chucked and said “I’m just kidding, come here kid” as he began shoveling turkey on my plate.

He was a baseball scout for the San Francisco Giants. Previously he worked for George Steinbrenner and the Yankees. Before that he was a mediocre minor league pitcher. He swears he was the youngest Major League scout ever at the age of 23. That’s when he says “I realized my slider sucked, and my fast ball wouldn’t scare a toddler.” But when he said "toddler” there were some w’s and a’s added in odd places. The Stan stories could last a book, but my favorites show how human Stan was. He pitched batting practice to a rather famous Yankee years ago. That player said “Stan, Stan, I like you, I’m going to take care of you.” That would normally mean a hefty tip, but days, weeks, and months passed. Eventually a check showed up, but it was from the Yankees, not the player, like it should have been. And the amount was the usual rate, poor payment for the volume of work Stan did. He was disgusted. He went, cashed the check, and immediately went to the bar. He ordered a drink from his favorite waitress, who was paying her way through college. As he finished the drink, he handed her the rest of cash. Said “I don’t want this, but I think it will help you.”

Stan might have stood in the metaphorical batter’s box when it came to baseball celebrities, but he held no such guard against Vanessa Williams. They were peers in age and city. Stan was a huge fan and was overjoyed when they were seated adjacent each other on a transcontinental flight. Stan leaned over to start the conversation as she turned her back to Stan for the entirety of the five-hour flight. He never explicitly said as much, but I think that treatment gave Stan a lot of motivation to always say “yes” to fans. When my father and I found out he was a baseball scout, we turned into children asking about all our favorite players. Stan smiled and said “come with me.” He took us down to his basement, he turned on the computer. I swear it was so old it had a crank start- and he showed us every scouting report he had on Sammy Sosa, Barry Larkin, Sean Casey, Mark Prior-anyone we could think of to ask. He pulled the file and read it aloud to us.

He could talk with the best of them. He once befriended an angry security guard because they were both from Wooster, Mass. (again, extra letters, ‘h’s some u’s, and an ‘a’ always found a way into that word). He called out an usher in Altoona, Pennsylvania (it is actually a place, I promise) for derogatory language, threatened him that he’d have his job if he didn’t show the players respect. He was fired before the clock struck midnight. He once chatted up Kevin Costner (“Field of Dreams” Kevin Costner) for half an hour, only to be invited to an A-List Hollywood party...

I’ll never forget the phone call, my Dad rang me in the evening, he said “Stan’s gone son.” Stan ended his life in the fall of 2014, weeks before theGiants would go on to win their third World Series in five years. I was shocked, stunned, numb.Stan, knife-fork, big talker, both taller (and wider) than a church door-Stan. Mental health effects even the strong, bold, and the Stan.

Stan took great pride in getting my father and I Giant’s WorldSeries shirts. He told me, “Take this to the top of a mountain for me, because I sure as heck won’t get there.” He always asked me if I had ridden around the world yet, or if they paved Everest. He always wanted to know where I was riding and what I was doing. I took those shirts everywhere I rode, sent him pictures. He’d be shocked and amazed. After he passed, I kept doing it. Old habits. I was riding Mt. Evans last weekend when his voice came back to me. Turned up. Real loud. The stories, the funny way he talked, the words that would make sailors blush. All of it. I used to bring those shirts with me to the top of the mountains because it was as close as I could get to Stan. That giant left a big hole in all our lives. Bringing that jersey along was my way of showing Stan that he still mattered to me, that I still wanted to listen to his stories, and that I still loved him.

When I moved to Colorado, I started climbing too many mountains to bring the shirt with me. I needed food, gloves, and jackets in my pockets. It didn’t matter though, last weekend Stan was riding next me. Well, honestly, he was on a Lazyboy E-bike next me, he would be the first to tell you he can’t ride a bike. The sky was huge, the snow drifts deep, the pace slow, and volume turned up.

Go4Graham works to help break the stigma of mental illness. I do not have the answers for Stan and I cannot pretend to have answers for anyone else. However, I know that we’re stronger together. I know that resources are important for all of us, the big and strong, as well as the tiny and timid. I know that I’ll never forget Stan and all that he taught me, even if he has to turn the volume up a bit.