Noel Lebsack a story told by his mother Sue

So many times his beautiful smile was for the people that meant so much to him. He kept his mental anguish to himself and his mind rarely found relief. He woke up every day to the voices of these demons and went to sleep with them every night until he could not live with the sickness that had taken over his soul and mind. 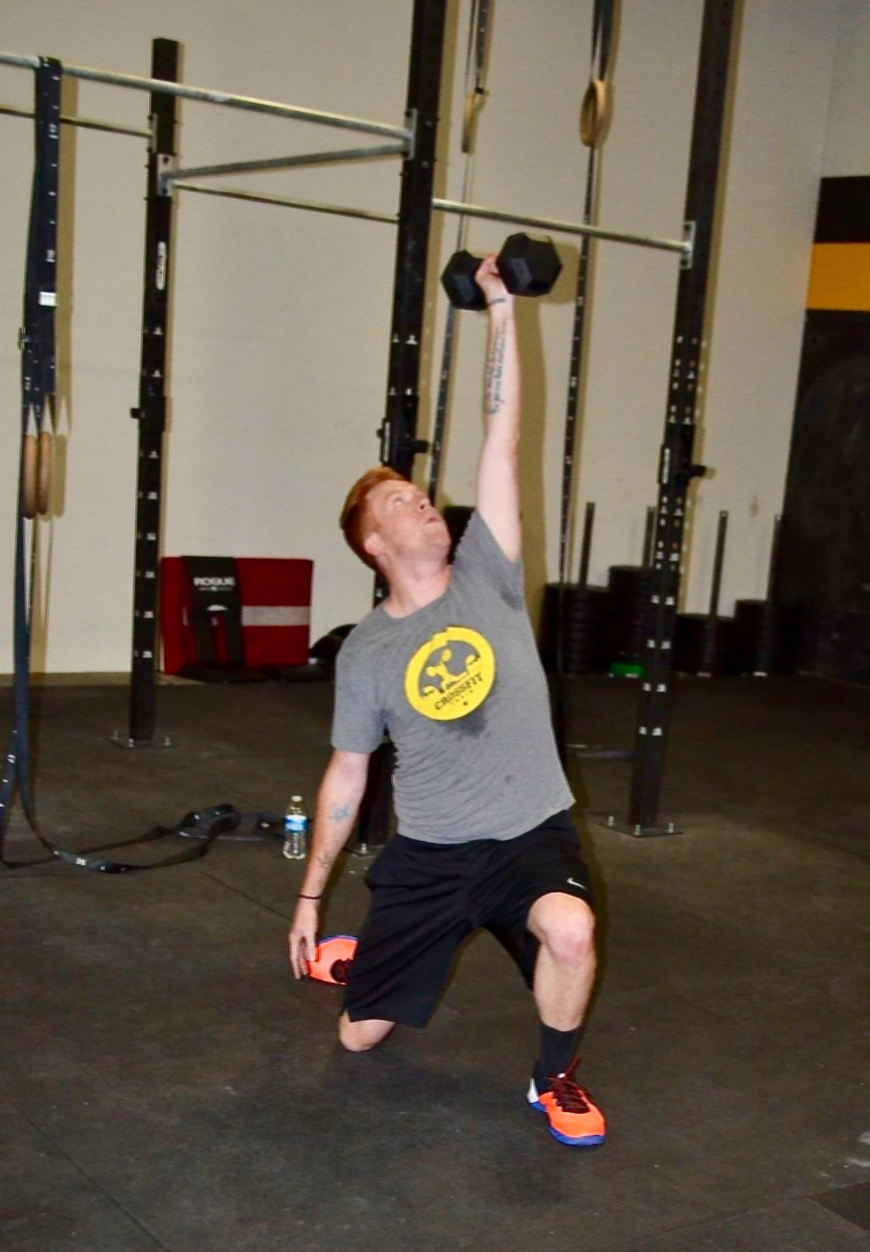 Noel Kennon Lebsack lived his earthly life for 28 years. Born in Denver Colorado on November 20,1990, our red haired, blue eyed firstborn brought his light and love into the hearts of all who knew him. His early childhood was a happy time for him, he had friends in elementary school who were friends until the end. His dad and I encouraged him and he participated in baseball, soccer and basketball with his dad, often a coach. He was a trooper even though sports weren’t really his thing except for swimming. He was a natural actor and loved to put on skits and sing. He had a close relationship with his sister and brother.There were indications early on in Noel’s mannerisms, how he loved to wear heels and play dress up and had no interest in what might have been considered “boy” toys that maybe he was gay. As he grew into a teenager in middle school he was bullied and isolated to a small group of friends. He came out when he was sixteen. In high school he joined the swim team. During his sophomore year he got his wisdom teeth pulled and around the same time he had a shoulder injury from swimming. Noel was prescribed Oxycontin, the powerful addictive opiate.

We trusted the doctors thinking the medication was safe for Noel to take. No one knew that this would be the awakening of his addiction.

Noel’s deteriorating mental health began to affect all aspects of his life.

His eating habits changed and he lost weight and began to have a series of minor car accidents. He was suspended both his sophomore and junior year of high school on drug charges and then expelled his senior year.(Prior to his expulsion, he had been offered a full ride academic scholarship to the University of Arizona and he did end up completing the high school graduation requirements from a charter school).

It is here where I would like to point out that Noel suffered from mental illness, however there were several risk factors which ultimately led to his death by suicide on July 25, 2019.

Sudden Death of his cousin at the age of 24

Mom Coming out and Parents Divorce

Sudden Death of his father

After living in Arizona Noel moved back to Colorado in 2010(geographic move to get away from triggers) only to relapse, followed by his first suicide attempt.He went to a treatment center, then a halfway house and soon after he relapsed again. In 2012 Noel came back home for a visit to Arizona and had his second suicide attempt.

After numerous relapses and treatment centers, Noel’s last and longest sobriety in 2012 appeared to be different from the others. He was actively involved with other young people in recovery, had a sponsor and was a sponsor. We were cautiously optimistic as we began to see the Noel we knew coming back. The sparkle returned to his blue eyes and he seemed happy. He was communicating regularly with us and he was taking care of himself. Noel worked hard and earned his bachelor's degree from Metro Community college, Addiction Counseling Certifications and employment in his field at the former Arapahoe House in Denver.

Over the years that he lived in Ft. Colllins, Loveland and Denver, Noel kept me informed that he was being treated by various doctors for anxiety and depression. The different doctors he was seeing would prescribe addictive anxiety and antidepressant meds in an attempt to balance his brain chemistry. Noel, having born the addiction gene then developed a drug dependency. Again I assumed the doctors treating him knew what they were doing but also that Noel was taking the medication as prescribed.

Noel learned that Arapahoe House would be closing and he would be unemployed as of January 2018. I was diagnosed with breast cancer in October 2017 just before Noel got the news from Arapahoe House. Though he was stressed and he talked about it, Noel moved forward and interviewed with Harmony Foundation in Estes Park for a substance abuse tech position. He was offered and accepted the job. Then my Dad, Noel’s grandpa died suddenly on January 7, 2018 from a massive heart attack. It was at this point that Noel moved from Denver to Estes Park to live with his grandma, my mom. Noel lived with his grandma for six months after his grandpa died and then he moved eight miles from Estes Park into a cabin in the canyon.  It was the first time in his sobriety that he wouldn’t have sober roommates and he would live alone. Again the set up for the “perfect” storm. This left him isolated and not accountable to anyone. What no one knew was that at some point Noel began abusing these addictive drugs and began using opiates and heroin again. The change in him was subtle until this cunning, baffling and powerful disease couldn’t hide itself any longer.

On July 2, 2019, Noel was found sleeping in his car parked at a 7 Eleven in Denver. He had drugs in the car and was arrested and booked into the Boulder County jail. The next morning he called me in tears, told me what had happened and sounded completely hopeless. He had hit bottom again, losing his job and soon his home that he was renting. Our family had a reunion in California planned later in the month and Noel would not be going as he was not allowed to leave Colorado. The communication with him dropped off in the weeks to follow. Noel couldn’t bear for the people he loved to know the depth of his pain. So many times his beautiful smile was for the people that meant so much to him. He kept his mental anguish to himself and his mind rarely found relief. He woke up every day to the voices of these demons and went to sleep with them every night until he could not live with the sickness that had taken over his soul and mind. As the rest of our family was together on Thursday, July 25, 2019, Noel’s internal struggle was so fierce that death was preferable to his powerlessness over the addiction and searing mental anguish.

Jeremiah 29:11 says “For I know the plans I have for you declares the Lord, plans to prosper you and not to harm you, plans to give you hope and a future.” Noel had this tattoo on his left forearm. In the year before his death, he was going through the process of having it removed. Had he given up hope? I believe that he knew that his soul was so sick and God did not want this for him. I know that Noel wanted to be free from the mental illness that held him captive. He worked hard in his sobriety, he helped others to see their worth, he loved to be of service and his light continues to shine in those he loved.

Jim was the Fitness Program head and Noel was into cross-fit… After Noel passed in July of 2019, I saved a couple of his cross-fit t-shirts. As I was preparing to leave Arizona to go to Colorado for his memorial service we held for him in September 2019, I decided that the gray shirt with the yellow cross-fit Train emblem would go in my suitcase and I would give it to Jimmy.

When I gave him Noel’s shirt, after the memorial service, Jim was overcome with emotion and we were both in tears. At the time he told me the story of this t-shirt and why it was so meaningful, I knew without a doubt that it was Noel who nudged me to pack his t-shirt to give to Jimmy. This is what Jim told me…

“This shirt really defined Noel when I met him. He wore it a lot!

But the day he first came to sign up for the race I was putting on at Arapahoe House, so the very first day I met him…He was wearing this shirt, also the day I first decided to go to CrossFit Train, after months of him trying to get me to go…he was wearing THIS SHIRT! Like I said in the speech I am now a coach at CrossFit Train and the sense of community and mental wellness (and a role I truly cherish) would never have been possible without Noel pushing me relentlessly to go. If it weren’t for him, I would not have been able to get the joy out of what Train brings to me every day.”

There is so much stigma associated with Mental Illness and Suicide. The guilt that comes from having your child die in this way, from suicide, can be overwhelming. I have not been tortured with the “Why” question because Noel told me, the night he died, yes, intuitively, I heard him say; “I didn’t do this TO you, I did it For me.” I believe this was his way of letting me know that I was not a victim...but it was then I knew, without a doubt, that he was the victim. I know I am a survivor and I choose to live for myself AND for Noel who is with me in spirit every day. I am his voice and this is his story.